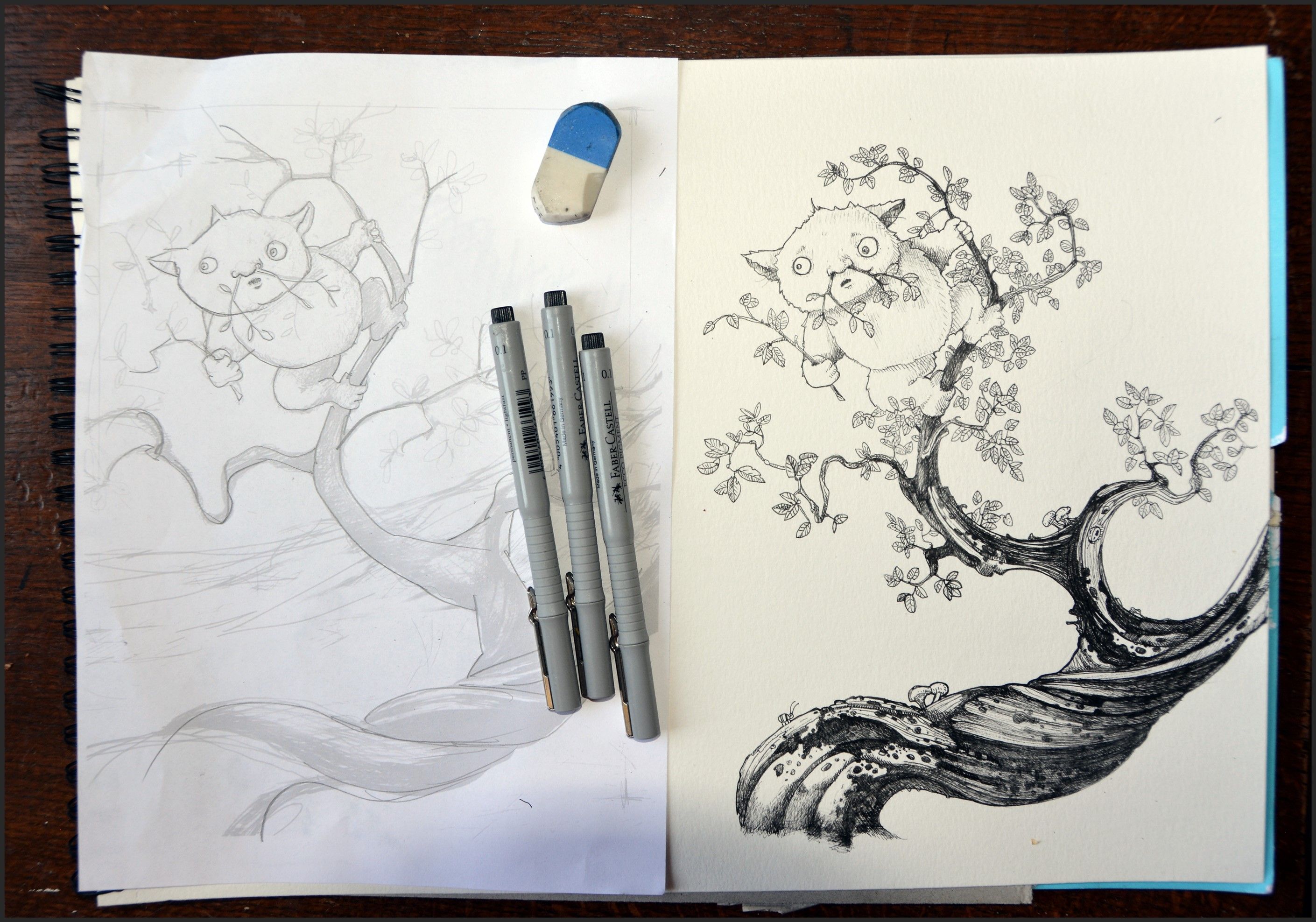 The Splot is a curious little chap. He is quite fluffy and blue with bits of brown. The Splot is quite small, about the size of the Pink Tree Elephant. He farts quite loudly too. And it is thought that this is how Splots communicate with each other (nice!).

The Splot is very shy and spends his days up in the GlimGim tree eating the very tasty GlimGim berries, by far his favourite food. However, he doesn’t venture too far up the GlimGim tree as he is afraid of heights.

Like the Splot? Take the artwork home today (available in colour or black & white). For more details check out my Curiosity Shop…